Emboldened by our mastering of Marrakesh twenty months ago, Gracie and I did little preparation or forward planning for our five day, September break in coastal Essaouria, save booking flights and paying a £1.00 deposit on a hotel just outside the medina.

Our get-away was planned on a day in July – cold, wet, dark and horrible. You know, a normal English summer. An infusion of blue sky was not just needed it was a true medical necessity. Four nights beside the Sahara would, we decided, do us a treat and go some ways to getting us through to mid-winter sunshine breaks – yours truly to Sri Lanka with the Carmichael clan, Gracie to god-knows-where yet but believe me, she’s working on it as I type.

Our in depth lack of preparation meant that as we queued for Moroccan immigration, we found the need to fill some gaps and were forced to quiz multiple travellers about the local currency:

What was it called? Dirham.

What was the easy conversion rule to/from British sterling? There wasn’t one.

Where in the airport could we get some? Nowhere.

How were things going so far? Great! The sunshine beating on our backs t’wixt plane and terminal just the tonic we needed.

And anyway, our charming taxi driver told us via limited French and a cornucopia of hand signals that lack of funds was no problem. He would take us to a cashpoint machine on the way to our hotel. Really, he seemed more interested in getting us to admire his antique blue Mercedes the like of which I have not encountered since a visit to a Waikato farm circa 1965. That Merc was being used as a coop for roosting hens. It had slightly fewer dents than our transport to town.

While Gracie admired a tree full of goats and text her hubby to say ‘safely arrived’, I battled with my iPhone relic, failing miserably to get Vodafone to link me with Africa. Three hours of connection on Wednesday was, I now realise, my full allowance (I am not worthy) but even that and very intermittent wifi at the hotel did little/nothing to spoil our adventure. In fact it was rather liberating, truth be told.

There is a British television programme called Room 101 where celebrities are invited by the host to discard people, places and things they dislike and/or that annoy them. They are banished to room 101 as long as the celeb can provide adequate argument as to why said person, object or locale deserves this ignominious end. We were handed two keys to room 101! Who sent us there? Actually who cares? We thank you.

Although the irony was not lost on us I can think of worse places to be abandoned. Let me tell you a bit about Essaouira. 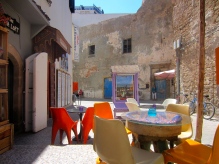 what’s not to love? (mrscarmichael) 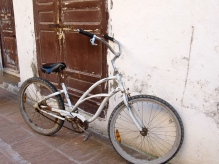 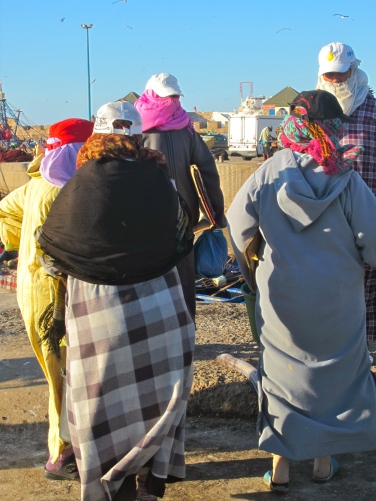 peel me …….an orange (mrscarmichael)

anyone for fish? (mrscarmichael) 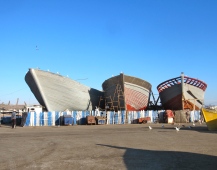 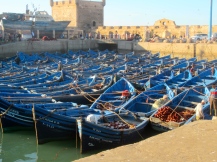 blue is the colour (mrscarmichael)

Essaouira (def:planned) used to be called Mogador but was changed when European engineers laid out the medina in such a way as to allow one to not get lost while walking through the souk. Getting horribly lost in a souk is quite fun once (see previous posts) but on a daily basis can be wearisome. Marrakesch, Fez, Cassablanca are three of numerous metropolises in Morocco where you can enjoy getting lost. Essaouira offers you the option. I like that. Gracie and I almost didn’t get lost ever. And whenever we did, we found something so pretty, so yummy, so interesting that the tiny getting lost was more than worth it.

Here’s a beach bag I wouldn’t have bought if we hadn’t gone off piste.

I rest my case.

Essaouira is a working fishing port on the Atlantic. The small blue boats above catch the big fish and are all painted blue because the last thing a fisherman wants to do is be showy and rile the sea gods. The big, nay huge boats catch the little sardines. It’s true I promise. A nice sardine catcher offered to show me round his boat. I thought it better not to go. Although I love sardines it is a truth that one can have too much of a good thing. Up front and personal with a hold of sardines and their catcher just might have been too much good.

Safely back from the port, we swam, showered and changed into evening medina attire. We headed out for food. And wine.

Wine, the food of life, is always an interesting obsession in a ‘dry’ country. Being experts (remember Marrakesh?) we didn’t give it a second thought. We should have. And we should have on future outings as well. It’s that old preparation thing again. Or lack thereof.

Anyway, night the first, we were lead by the boss of a lantern seller round numerous twisty alleyways and at fast pace to a lovely looking riad that had a sea facing roof terrace, nice menu and most affable hosts. They, the hosts, met, greeted and ushered us to the lift (trans: elevator). Said lift was tiny. Possibly the tiniest lift I have ever been in with other people. It’s proportions were Lilliputian but nil desperandum, Gracie and I were on our way up to view, food and a glass or two of vino.

“We are really looking forward to some fish and a lovely bottle of Moroccan wine,” mumbled Gracie, bouche pressed into the light blue collar of mine host.

“Mmmm,” said I to her shoulder.

The lift ground up another floor.

“We don’t serve wine,” said she of the collar and proceeded to tell us about the fresh fish on offer as we crawled up a further floor or two. As if nothing was amiss.

Gracie cast half a right eye on me. I glared a quarter of a left at her. We could see no more of each other in the capsule-like enclosure. The doors opened, the terrace looked beautiful, a waiter gestured us to our table.

I gave Gracie the full ‘you do it’ look.

“Would you like the table over there?” asked the riad owner.

“We’re so sorry,”we said in tandem.

And we all piled into the open door of the micro – lift and crept back down to reception.

“Sorry, so sorry, sorry” we effused backing out the entrance as fast as we could.

Lordy, did we need a glass of wine!

How’s this for a bit of arty farty?

I give you some Puglian circular from Mrs Carmichael’s POV. 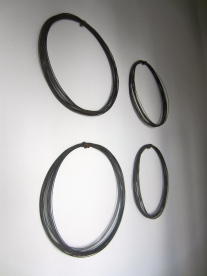 Fatima, Aisha and Leila are back from the Kech replete with tagine and street life.

The theme choice pink couldn’t be more perfect for Mrs Carmichael this week. Having just returned from the Marrakech medina, she is currently pickled pink.

Others in the pink here: WheresMyBackpack.com

I have been absent for a few weeks because I’ve been locked up, incarcerated, left inside desperate and, save for another headless mannequin (who I don’t even like) alone in an empty shop in Broadstairs.

I managed to get this snap in reflected image as a shaft of sunlight hit the curry house window opposite.

Every, every morning I treasure my coffee time. The process includes grinding Columbian beans, brewing the liquid gold in my Bialetti and sipping two or three cups, black, from a Lucie Rie masterpiece.

*The dark Lindt chilli chocolate is obviously treasured but not an every day indulgence.

Ailsa’s (Where’s my backpack?) chosen a colour this week which Mrs Carmichael always enjoys so I think a collage is called for. 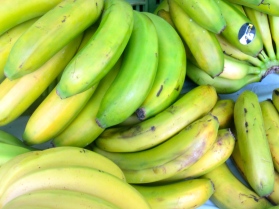 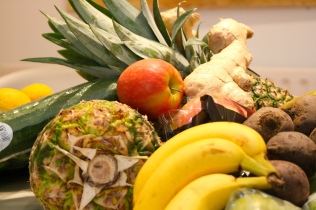 I could paint that (mrscarmichael) 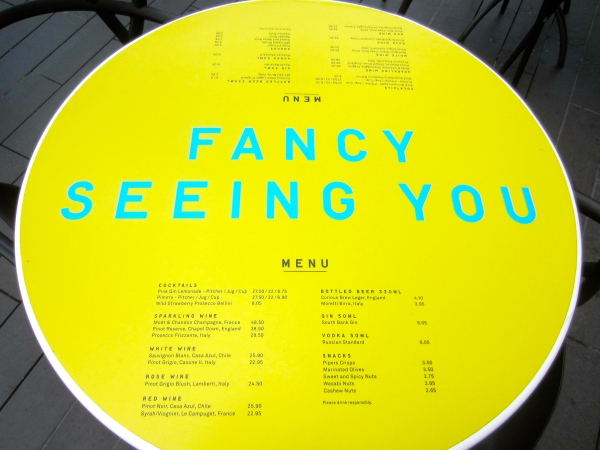 Well, this is a difficult one for me as I’m positioned by others and never with a self serving camera. Yet. So I’m taking the liberty of posting a daughter’s selfie and allowing myself to do this because she took it on my camera.

Just because I’ll be right in a window position this Thursday eve – having drinkies with friends. Half way up the new, looking down on the old. Should be a goody.

Diary of a would-be novelist

One day I hope to finish my book

Adventures of an Southern Bunny everything from dating, sex, life and shake your head moments.

a superwoman in my own suburb

sharing recipes from one generation to the next

So much to do, a whole lotta time to do it

And a Cockapoo Too

my second life with puppy Lyle

THE THING WITH FEATHERS

Blogging about a world worth loving

Transform one meal into two with planned-overs

Open yourself to the joys of life through real food, travel, and positive action.

betwixt the blossom and the bough

Mostly photographs with some words by this arty scientist...

Adventures and Postcards from the road

Tales from the AUTHENTIC Costa del Sol .... and beyond

A photo album of a virtual life

a year in the life of ten acres

musings on the journey towards knowing and sharing my family's stories

"There is some good in this world...and it's worth fighting for." ~ J.R.R. Tolkien

The numpty with a camera

The Adventures of Justin Beaver

Tales from around the world

Remembering past journeys, recording current trips and planning for the next one!

inside thoughts on China and beyond

Home Is Where Our Stories Are Welcomed To Begin.

A curated glimpse into a world of infinite beauty and creativity.

Romancing the planet; a love affair with travel.

building back the habit of writing, one day at a time

From the top of the hill, all I see is the future

The Art and Craft of Blogging